Yesterday, my WebAssembly 101 tutorial hit a pretty sweet spot on Hacker News, raising to the #1 one and getting more than 500 points.

If you read Hacker News, you've probably seen many websites go down when they hit the front page, with people resorting to Google cache, when available, to access the content.

So when I saw that my submission started appearing on the front page after 6 or 7 upvotes (yes that's all you need!) I had a moment of doubt and went straight to Google Analytics to see how much traffic was coming. Answer: a lot ! 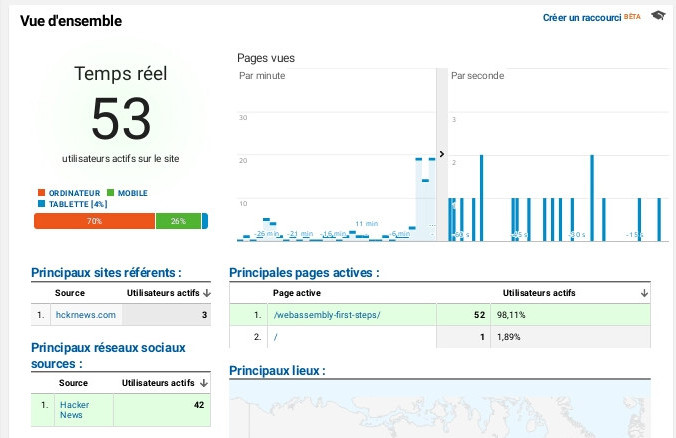 Sure, this is a first world problem but I never had so much traffic, my website isn't a static one, I wasn't using a CDN and I had no idea how my server would handle the load.

The Ghost platform hosted on Heroku

I'm hosted on Heroku on a single free dyno, you can't really get a smaller instance. So, how did it perform ?

To my surprise I didn't even had to scale up my app ! My sole instance flawlessly served all the requests without a single error.

At 7 requests per page for openbloc.fr (that could surely be optimized)
we get ~48000 pages viewed.

A big shout out to the Ghost and Heroku teams is in order.

How to benchmark your site ?

A cool tool is Apache Benchmark. On Ubuntu you can install it with:

If it takes less than a minute to complete you should be on the safe side :)

How many people use an ad-blocker ?

Beware that the Hacker News audience is pretty tech-savvy so we should get a higher percentage not representative of the general population.

I guess I'll ask Google Analytics how many people don't use an ad-blocker ;)

I spent a lot of time hacking this weekend to get the WebAssembly 101 tutorial possible so I knew the content could be interesting for someone starting in WebAssembly but I would never have expected such a success, it's really overwhelming !

On a personal note, after having gone through some rough times at the beginning of this year, it feels good to be back on track !

Attention: this article is probably not researched enough for now. There'll probably never be a JavaScript boilerplate, there's simply too many of them! In the meantime you can read my 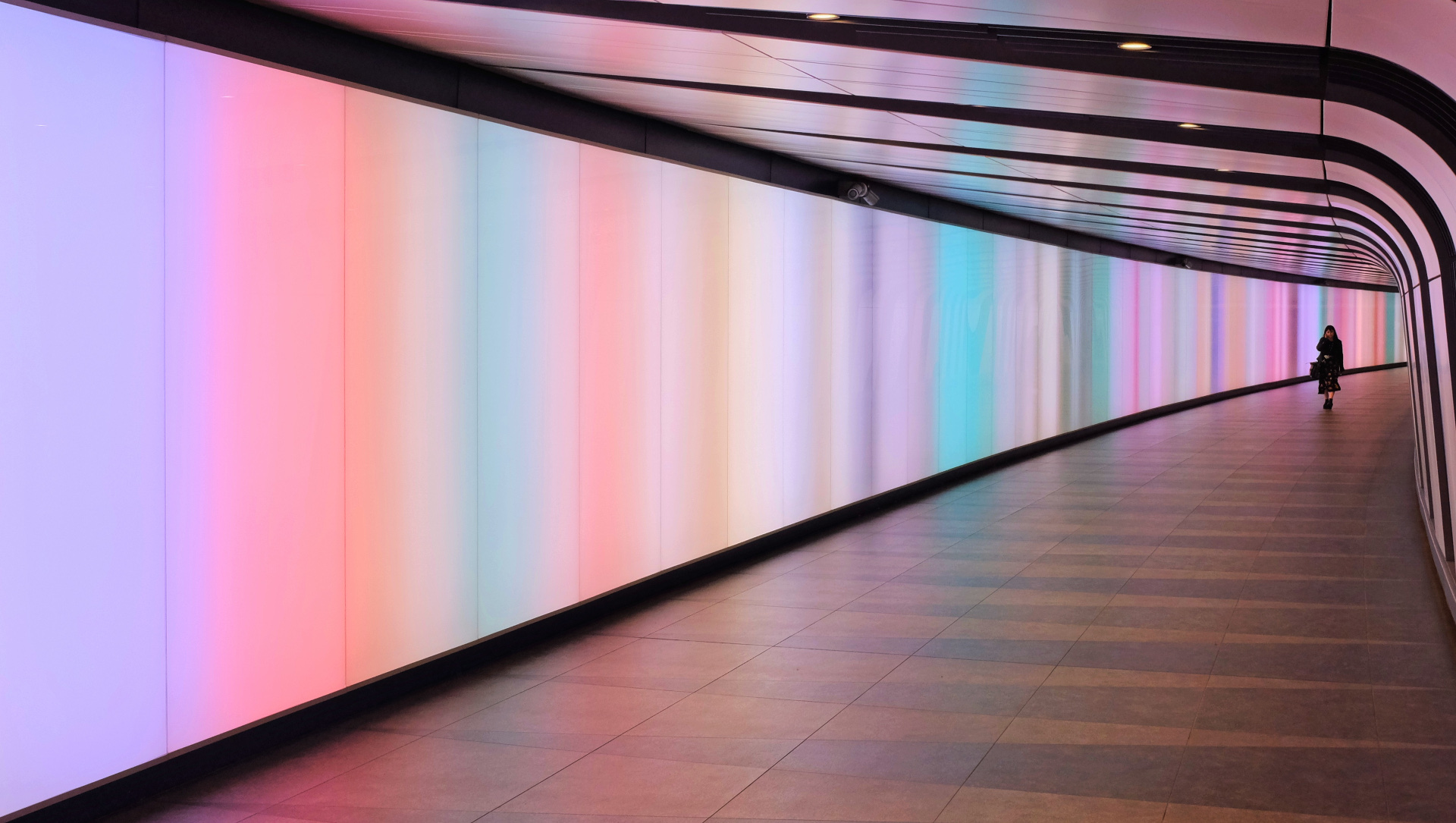 This tutorial will guide you along the necessary steps to port a JavaScript library of the Conway's game of life to WebAssembly (wasm). This is a simple exercise that is